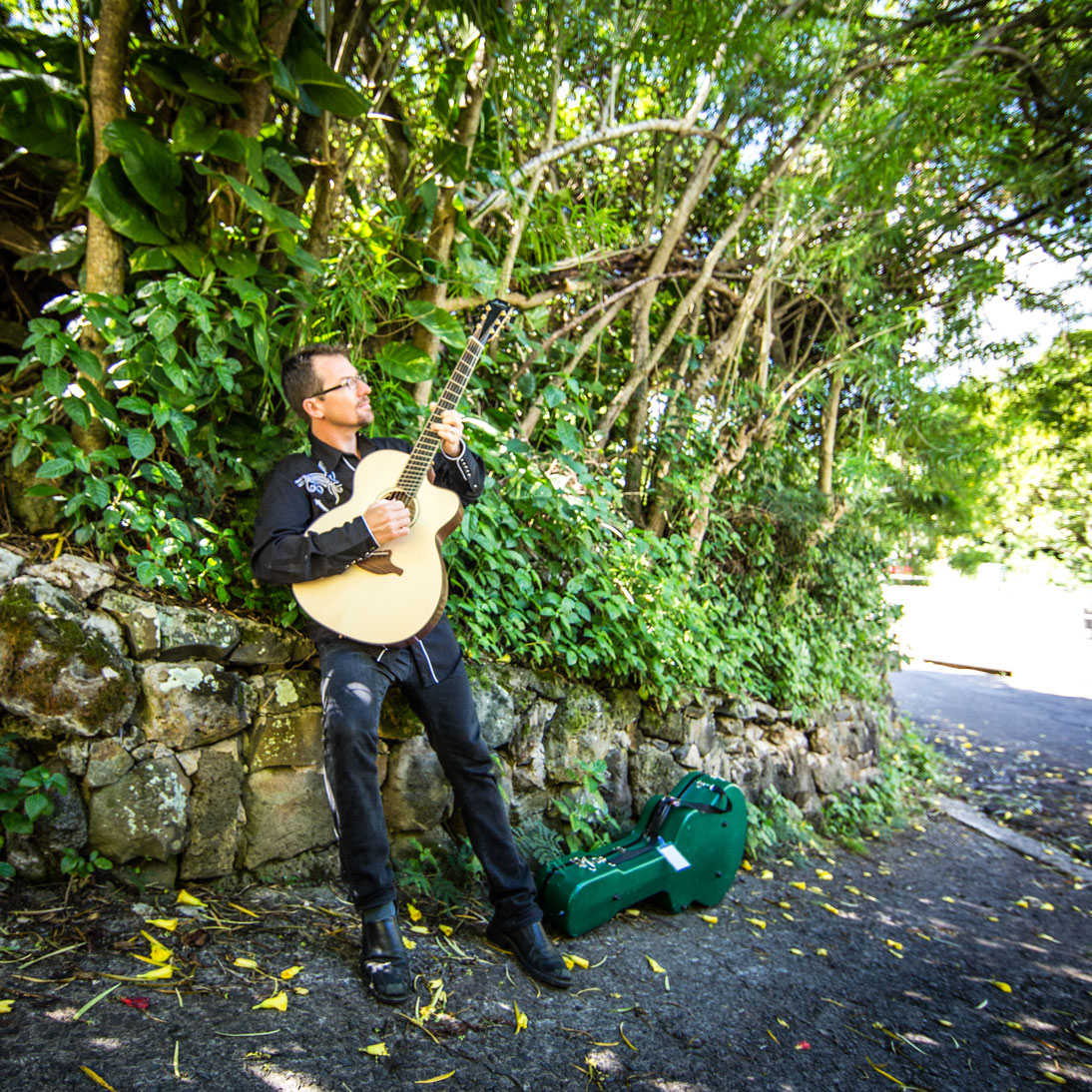 Grammy nominated recording folk singer-songwriter, Stephen Inglis, has released a new 13-track album titled, Learning You By Heart, that will appeal to fans of artists like Jerry Garcia, Richard Thompson, and Townes Van Zandt. Stephen’s history in the business runs for decades, having also played in the same band (House of Spirits) with Grateful Dead drummer, Bill Kreutzmann. As if that weren’t enough, Inglis has won a number of music awards, with his most recent win being the 2013 Nā Hoku Hanohano Award for Hip Hop Album of the Year for “Evasive Species: Live at Soulsound“. I found it interesting that his last award was for hip-hop music, which proves that Stephen Inglis is a true music lover who embraces every genre.

As you get into Learning You By Heart, you’ll instantly notice how unique Stephen’s brand of folk music sounds; that’s because he’s well known for Hawaiian Slack key music – a mostly unrecognized genre among Americans living outside of Hawaii. Of the 13 songs available on Inglis’ new album, my favorite one has to be “Maria Luisa” because of the island feel to the music. It took me back to the days when TV shows like “Gilligan’s Island” and “The Love Boat” ruled the airwaves. I could imagine myself sitting on a beach hammock sipping a pina colada from a coconut, soaking up some sun and just relaxing. I like the songwriting too; it fits the music.

Other must-hear songs on Learning You By Heart, include: “Blind with Haste”, “Our Younger Days”, and “Troubadour”. These songs each have their own unique identities and help to round out the album. There are tons of reasons to listen to this album, and plenty of evidence to explain why Stephen Inglis is Grammy-nominated. If you’re a fan of legendary artists like Townes Van Zandt, you’re going to really like Stephen Inglis.