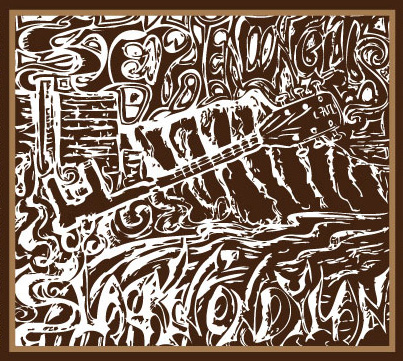 Kī hōʻ alu (slack key) is one of the great guitar traditions of modern Hawaiian culture and the world.. Noted for nahenahe (relaxing) fingerstyle playing and numerous alternate tunings, its origins start with the the vaqueros (Mexican cowboys) who introduced guitars to the Hawaiian people in the late 19th century. Although the technique of playing, along with the intricacy of harmony and the incorporation of traditional Hawaiian melodies into instrumental arrangements has been a hallmark of Kī Hōʻaluʻs evolution. Traditionally, slack key has been a dancing partner to the stories that give a voice to the songs. From the ancient tales of their ancestors to the changing and turbulent times of the 20th century and beyond, those stories have reflected the spirit, dignity, and humor of a rich and vibrant culture. A culture that not only has its roots in the ʻāina (land) of the place that is Hawaiʻi, but one that has incorporated, absorbed, and distilled other visions from distant lands as well. It is in this spirit that a “Hawaiian-style” take on one of the great American songwriters of the modern era is either a brilliant notion or just plain lōlō. Maybe a little of both. Such an endeavor would indeed be a journey into uncharted territory. A place where the Paniolos (Hawaiian Cowboys) might meet Mr. Jones. Or where one might catch a glimpse of kanakas rising up on Project Hill.

Enter Stephen Inglis, one of the premier slack key guitarists of his generation. A native of Hawaiʻi who grew up exposed to musical influences as diverse as Gabby Pahinui to John Coltrane…and a musician well versed in the vast song catalog of Bob Dylan. There isn’t an artist out there more suited to blending these worlds and for turning the skeleton key into the slack key. For this collection is not only a study in dizzying fingerstyle technique (which it is) and soulful performance (which it is as well), but a great adventure in colliding cultures with a common ground: the stories of a changing world and how the troubadour interprets that world. Give a listen to One Too Many Mornings and hear how this lament takes on a tender and unique feel in C Maunaloa tuning. Tangled Up In Blue and Like a Rolling Stone (both in G Taro Patch tuning) are turned into wild romps across one world into another. Song after song is full of unique surprise, yet still true to the essence of the classics they have become. Here are the sounds of a great artist interpreting an old master. And like any great interpretation: a new take on a familiar piece. A little unexpected revelation. Like a warm trade wind in the middle of a Minnesota winter.